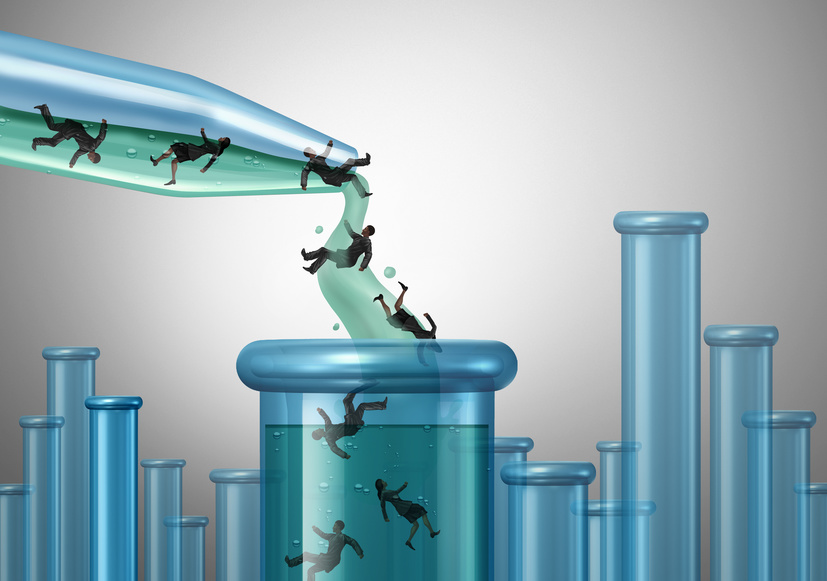 The new Anti-Genetic Discrimination Law received royal assent on May 4th. This law prohibits any person from requiring an individual to take a genetic test or disclose the results of a genetic test as a condition of providing goods or services to a individual, entering into or continuing a contract with the individual, or offering specific conditions in such contract.

This new law is meant to address the concern that individuals may refuse to participate in genetic studies or undertake genetic testing (even if such studies may be valuable to the society, and the testing, valuable to them) if their genetic information may then be used in genetic-related discrimination decisions (employment, insurance coverage decisions, etc.).

This new law provides for criminal sanctions including imprisonment and maximum fines of $300,000 and $1 million depending on the severity of the infraction. This law will amend the Canadian Human Rights Act to prohibit discrimination on the ground of genetic and will also amend the Canada Labour Code. In the short term, this law  will mostly impact employers and insurance compagnies:

Employers, subject to this law, will have to ensure that they avoid requiring employees to undergo genetic testing or to disclose the results of same.

As a general rule, an employer is not allowed to discriminate against an employee on the basis of personal information unless the discrimination is based on a good faith occupational requirement, for instance it must be connected to the performance of the job and be necessary to the fulfilment of that legitimate work-related purpose. Courts have, for example, taken the position that an employer can refuse to hire an applicant who is epileptic as a monitor at a summer camp or to hire a worker with back problems for work in a factory. Moreover, if there are reasonable and probable grounds to believe that the employee represents a health or safety risk, the employer may have the right to inquire further into the medical or physical condition of the employee.

It was already very unlikely that genetic testing results could be considered as being necessary for an employer, especially given the current legal restrictions on employer collecting medical information. This new Anti-Genetic Discrimination Law therefore confirms what we already knew, that employees would be within their rights to refuse to provide genetic test results to an employer requesting access to such information.

Since there have not been any recent cases in which employers requested access to genetic test results, in which they refused to hire an employee or in which they intended to dismiss an employee because of genetic information, the industry that will be mostly affected by this new law is the insurance industry, as discussed below.

While the various provincial human rights statutes which have been enacted throughout Canada generally provide that a person must not, without a bona fide and reasonable justification, discriminate on the basis of sex, physical or mental disability, or age, amongst other prohibited grounds, many laws also explicitly provide that a differentiation, distinction, exclusion or preference made on reasonable and bona fide grounds under a life insurance contract does not constitute an infringement of the above-mentioned obligation. The Supreme Court of Canada, in Zurich Insurance Co. v. Ontario (Human Rights Commission), held that an insurance company did not engage in prohibited discriminatory practices by charging young, single, male drivers higher car insurance rates than young, single, female drivers or young, married, male drivers or any drivers 25 years of age or older. While it was conceded that the manner in which the insurance industry as a whole set their automobile premiums was discriminatory and that this discrimination was on the basis of grounds prohibited by the Ontario Human Rights Code, the majority of the Court held that such discrimination fits within the “reasonable and bona fide grounds” exemption provided by s. 21 of this Code. In making that determination, the majority noted that the insurance company set its premiums on the basis of the only statistics available to the insurance industry at the time in question, and that these statistics supported the imposition of higher premiums on certain classes whose cumulative accident history suggested an increased insurance cost. Justice Sopinka mentioned that in this case the premiums set by the insurance company were based on credible actuarial evidence and that it was undoubtedly sound and accepted business practice. While this statistical analysis did not fully satisfy the reasonableness required by s. 21 of the Code, the Court ruled that “[i]n the absence of alternative criteria to set premiums, it is unreasonable to expect Zurich to simply guess at an equitable distribution of premiums among the consumers it insures.” In conclusion, the Court held that in the absence of any other criteria in which to set insurance rates, the insurance company set its rates on reasonable and bona fide grounds, within the limits of s. 21 of the Code.

In provinces where human rights laws do not provide such an exemption, courts have nonetheless held that in the context of life insurance, refusing to insure at standard rates a person “who fits into an above-average risk category as determined by acceptable underwriting principles” is not a discriminatory practice, given that the treating of that person differently “is not based on an irrelevant personal difference” (see, e.g., Nova Scotia (Human Rights Commission) v. Canada Life Assurance Company, in the case of the Nova Scotia Human Rights Act, which does not contain an exemption regarding life insurance contracts). In this case, the Appeal Division of the Supreme Court of Nova Scotia has noted that “[b]asic to a consideration of an application for life and disability insurance is the right of the insurer to assess the risk based in part on the state of the applicant’s health”. In this case, the applicant, who was physically disabled, had seen his application for life insurance refused by the insurance company on the basis of the medical information submitted. J. Hallett ruled that there was no discrimination in refusing the applicant coverage “as there was no element of unfairness or injustice [to the applicant] considering his mortality risk; his physical disability was not an irrelevant personal difference which is essential to label as discrimination the treatment of him in a manner different than those who could qualify for the coverage. His physical disability was highly relevant to the assessment of the risk by Canada Life and its treatment of him.”

While insurance companies can therefore legally discriminate in some situations using age, gender and health information, in light of this New Anti-Genetic Discrimination Law, they will now be prohibited from using genetic information, even if this information is already available.

This new Anti-Genetic Discrimination Law is not in line with the Canadian Life and Health Insurance Association (CLHIA) April 2010 position on the issue of genetic testing under which an insurer should not require an applicant for insurance to undergo genetic testing, although if genetic testing has been done and the information is available to the applicant for insurance and/or the applicant’s physician, the insurer may request access to that information. The rationale is that genetic information already available may be information relevant to assessing risk and determining premiums the same way that medical background or family medical history information is currently used for such purposes.

The industry that will mostly be impacted by this new law is the insurance industry that, in order to assess risk and determine life insurance premiums, classify people and evaluate the premiums using actuarial tables based on age, gender, smoking status, medical information, family history, etc. The CLHIA had articulated its position a few years ago that while an insurer should not require an applicant for insurance to undergo genetic testing, the insurer may request access to that information if genetic testing has been done and the information is available. The new Anti-Genetic Discrimination Law will now prohibit such request from life insurance companies. The remaining concern for this industry is that individuals may undertake genetic testing, and then subscribe to high face value life insurance policies while hiding their negative genetic test results.

Since insurance is primarily regulated by the provinces, the insurance industry may decide to bring forward a constitutional legal challenge impacting the validity of this new federal Anti-Genetic Discrimination Law. Still, similar laws may be proposed at the provincial level (for example, in Ontario, Bill 129 was introduced in 2015 (after being previously introduced in 2011) to amend the Ontario Human Rights Code with respect to genetic characteristics). These anti-genetic discrimination provincial laws will raise the same challenges: while the insurance industry may wish to use genetic test results in their life insurance underwriting activities and risk selection process (especially if this information is relevant and effective), the fact that individuals may refuse to participate in genetic studies and testing if they fear that their genetic information may then be used in genetic-related discrimination decisions must also be considered.