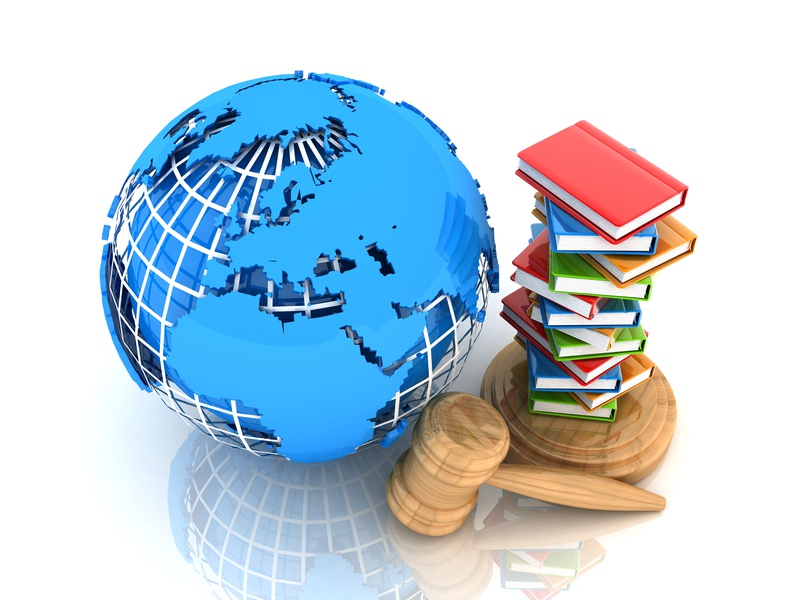 The Office of the Privacy Commissioner recently issued a finding pertaining to Romania-based website Globe24h.com which is republishing Canadian court decisions, allowing them to be indexed by search engines, and demanding a fee for them to be removed. This website received a great deal of media attention in the last year. Apparently, 27 complaints were filed under the Personal Information Protection and Electronic Documents Act  alleging that the operator of the website collected, used and disclosed personal information without consent and for inappropriate purposes.

Globe24h has articulated the view that  it is “dedicated to keeping information free and open“. It did not contest that it was republishing the decisions, but argued that it did not need consent to do so because the data was obtained from “publicly available sources.”

The PIPEDA Report of Findings #2015-002 entitled “Website that generates revenue by republishing Canadian court decisions and allowing them to be indexed by search engines contravened PIPEDA” raised interesting issues.

There is no doubt that court decisions may contain highly detailed and sensitive personal information. This may include information relating to a divorce or custody hearing, bankruptcy proceedings, labour relations matters hearings which may include financial information, mental health information, etc. Complainants argued that they were embarrassed that sensitive information was being made available to anyone performing an online search for the their name, and that this information could in some cases even affect their reputation.

Teresa Scassa has authored an interesting blog on the topic of Balancing Privacy with Online Access to Court and Tribunal Decisions: Lessons for Open Government. She explains that in Canada, the open courts principle means that the proceedings of courts are open to public scrutiny, which is  a fundamental principle that justice must not only be done, it must be seen to be done:

This means not only that, barring exceptional circumstances, court and tribunal hearings are public, as are the decisions reached in those cases. In fact, not only does this serve transparency and accountability values, the publication of court and tribunal decisions allows lawyers and members of the public to consult these decisions to better understand the law, and to learn how courts and tribunals interpret and apply legislation. In exceptional circumstances, courts may issue publication bans in relation to certain court hearings; courts may also order certain personal information (including, in some cases, names of individuals) redacted from court decisions. For example, in decisions involving young offenders, only initials are used. The names of victims of sexual assaults may also be redacted.

CanLII includes all Canadian and provincial statutes and regulations, case law from all federal and provincial courts, and case law from a growing number of administrative tribunals. Scassa explains how prior to  CanLII’s appearance on the scene, these materials were found either on the shelves of law libraries, or were accessible through commercial databases that charged fees for access. These decision were therefore not easily accessible without significant effort or cost.

There is a difference between cases being available at a court house or even online for someone specifically looking for them (these decisions not being  circulated widely) versus these court decisions being available on the Internet, prominently featured in search results when someone is searching for a name.

In September 2005, following a public consultation concerning electronic access to court records, and its impacts on the open court principle, individual privacy and security rights, the Canadian Judicial Council’s Judges Technology Advisory Committee posted its Model Policy for Access to Court Records in Canada (the “Model Policy”). This Model Policy is based on the principles that the open courts principle is a fundamental constitutional principle and should be enabled through the use of new information technologies, and that restrictions on access to court records can only be justified in specific situations including where such restrictions are needed to address serious risks to individual privacy and security rights, or other important interests such as the proper administration of justice, however:

(…) if the judgements are posted on the Internet, it is a good practice to prevent indexing and cache storage from web robots or “spiders.” Such indexation and cache storage of court information makes this information available even when the purpose of the search is not to find court records, as any judgment could be found unintentionally using popular search engines like Google or Yahoo. Moreover, when the judgement is cache stored by the search engine, it is available to Internet users even if the court decides to withdraw the judgment from public access.

This recommendation regarding indexing is followed by most courts and administrative tribunals in Canada, as well as CanLII and SOQUIJ: external indexing by search engines is usually prohibited.

The OPC investigation found that while court decisions are public, in pre-digital times, individuals would have had to visit a courthouse or archives to access them. Also, the OPC expressed serious concerns over the company’s business model which amounts to the monetization of personal information by essentially extorting payment for its removal.

The OPC found that Globe24h’s purposes for making available Canadian court and tribunal decisions through search engines were not ones that a reasonable person would consider to be appropriate in the circumstances:

86. Furthermore, given the fact that Canadian courts, as well as CanLII and SOQUIJ, broadly respect the CJC’s restriction on web indexing, the reasonable expectation of Canadians is that while court decisions may be available online, personal information contained in those decisions should not be discoverable via popular search engines.

87. By republishing decisions from Canadian court and tribunal websites and sites like CanLII and SOQUIJ, and allowing this content to be indexed by individual names through search engines, Globe24h has effectively undermined the balance between privacy and the open courts principle that has been struck by the CJC in its Model Policy and adopted by the Canadian court and tribunal websites concerned, which is also consistent with OPC Guidance.

88. In our view, there is a significant difference between making court and tribunal decisions available online so that they are accessible to those who wish to consult past precedents and hold decision-makers accountable, and making those decisions – and their contents – indexable by popular search engines and available to anyone simply querying about another individual. As noted by the complainants in this case, indexing of court and tribunal decisions by search engines can provoke significant reputational harm and embarrassment to individuals by needlessly exposing sensitive personal information to inadvertent discovery.

The OPC found the matter to be well-founded. In response to the preliminary report of investigation, Globe24h stated that it would not implement the OPC’s recommendations and it is reported that enforcement efforts are ongoing and that the OPC has entered into a cooperation arrangement with the Romanian data protection authority in an effort to resolve this matter.

In my book Understanding Personal Information: Managing Privacy Risks, I discuss the fact that the availability of personal information has a direct impact on (as it may increase or decrease) the risk of subjective harm that accompanies the disclosure of personal information. I argue that with new Internet technologies, most information that is disclosed may have been previously available to a certain extent. Therefore, instead of data being “disclosed”, we can therefore speak of data being “increasingly available”. In order to determine if a certain activity of “increased activity” creates a risk of harm, I argue that we need to evaluate how much more accessible or available the information will be “post disclosure”.

Basically, we should focus on the extent to which the information is made more accessible. There is a vast difference between public records that might be found after a diligent search of courthouse files, local archives or local police stations throughout the country and a computerized summary located in a single clearinghouse of information. This recent finding therefore raises difficult questions about how much personal information should be included in Canadian legal rulings.